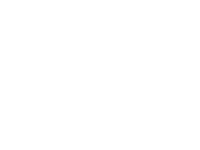 What Are the Laws on DUI in Virginia?

Driving under the influence, also referred to as DUI or DWI in Virginia, is considered a serious crime. The penalties for a DUI in the commonwealth can be severe, leading to hefty fines, jail time, and some serious life-altering consequences.

The best way to avoid a Virginia DUI is not to drink and drive. Unfortunately, some people make poor decisions after they’ve been drinking, and you may have made a serious mistake. Before you begin worrying about the final verdict, here is what you need to know about Virginia’s laws on DUI and how you can get some help to protect your rights and freedom.

What is Considered a DUI Under Virginia Law?

Like many other states, Virginia defines certain thresholds for DUI. When it comes to alcohol, you are breaking the law if:

You can also be charged with DUI if you are found to be driving while impaired by drugs or alcohol or if you have a certain blood concentration of methamphetamine, cocaine, or PCP in your body.

What Are the Penalties for a DUI in Virginia?

Even penalties for a first-time DUI offender are daunting, although you have a chance of escaping jail time in most cases. With each subsequent conviction, the penalties intensify, and you are likely looking at fines, jail time, license suspension, increase insurance premiums, and mandatory referrals to rehab.

First Offense DUI. Don’t expect much leniency with a first-offense DUI. If found guilty, you are looking at up to a year in jail, fines up to $2,500, one full year of license revocation, a mandatory alcohol safety program, six points added to your license, and an ignition interlock device (IID) on your car for six months.

Second Offense DUI. Make the same mistake twice within 10 years, and there will be higher penalties. These include a mandatory minimum of 10 or possibly 20 days in jail depending on whether the second conviction was within 5 years or within 10 years of the first and a maximum of one year. The same fines and points as a first offense apply, plus a license revocation for three years.

Third Offense DUI. A third offense within 10 years elevates your charges from a Class 1 Misdemeanor (first and second offense) to a Class 6 Felony. If convicted, you can expect to spend a minimum of 90 days in jail and as long as five years in prison. Fines and points are the same, but you now risk losing your license for good as well as having your vehicle seized.

Fourth Offense DUI. This is also considered a felony and punishable by up to five years in prison and a fine of up to $2,500. Points are the same, although by this time you likely will no longer have a license and once again risk forfeiture of your car.

Driving on a Suspended License

It’s never a good idea to drive on a suspended license since this is also illegal. If you are a first-time offender, the state understands that you may need transportation for work or school.

An experienced DUI attorney can help guide you through the time-sensitive process of applying for a temporary permit and then attending a Formal Review Hearing for a limited license. This is separate from your DUI case.

Refusing a Breath Test in Virginia

While you can refuse any roadside tests in Virginia, you can’t refuse a breath test at the time of arrest without consequences. Virginia is an implied consent state, meaning you have already given consent to law enforcement for this test by driving on Virginia’s roads.

If you refuse a breath test at the police station, you’ll receive another charge. This is going to result in an automatic license suspension for one year.

Being arrested for DUI can be overwhelming and terrifying. Before your rights are compromised, we recommend that you speak with one of the experienced and qualified Virginia DUI attorneys at St. John, Bowling, Lawrence & Quagliana, LLP.

Conveniently located in Charlottesville, you can contact us at 434-296-7318 or reach us online to request a consultation.